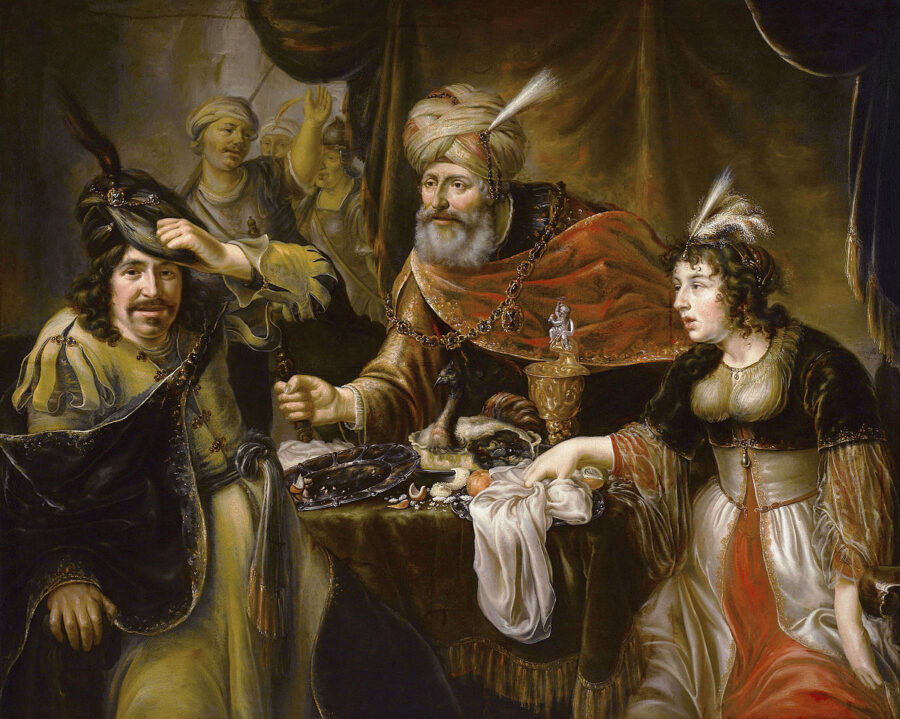 Peppered with humor, including a humorous remark from Richard Nixon, Brezhnev, and a timely reference to the “Persian Spring”, this speech provides new appreciation and depth to a familiar story.

The Megillah records a disagreement between Mordechai and Esther when the news of Haman’s plot surfaced.  Mordechai wanted Esther to intervene at once, but Esther disagreed. She told Mordechai to gather the Jews to pray for three days. And even after that happened, Esther further delayed. She approached the King and invited him and Haman to one banquet and then another. What was her strategy? Why did she keep delaying?

The speech outlines several other enigmatic events contained in the Megillah.

Achashverosh hosts a massive party, displaying his overabundant wealth. Why such a lavish display?  What was he trying to achieve?

In the middle of the party, Vashti rebelled; yet the king responded with uncertainty. Why?

Why did two high ranking officers conspire to kill the monarch?

Immediately after the conspirators were killed, Haman got promoted. Why Haman?

An eye-opening explanation provides the answer to these riddles and reveals the common thread binding such seemingly disconnected plot twists.

The speech concludes with three spiritual lessons, and an inspiring call to action based on a hora’ah from a Purim farbrengen in 1956.