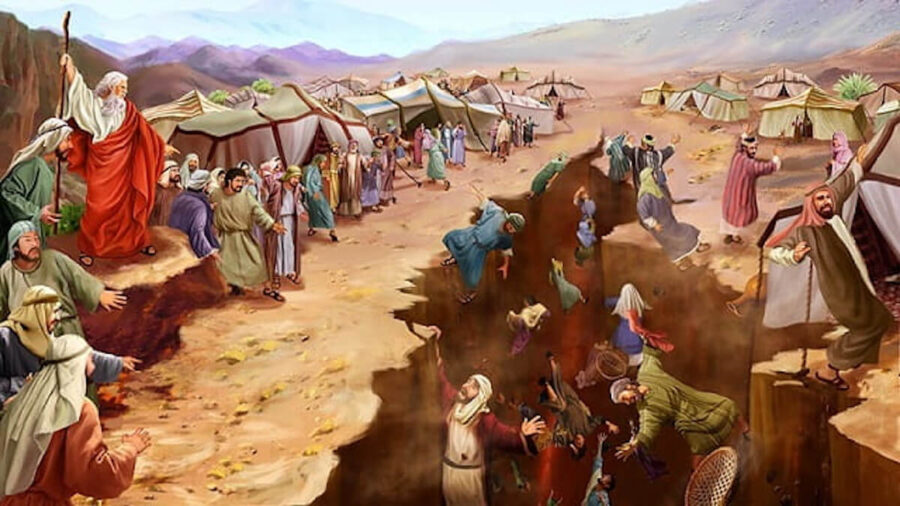 Sons of Korah and the Shofar

How do we introduce the sounding of the Shofar on Rosh Hashanah? We chant with fervor a Psalm written by the children of Korach.

Now, this is exceptionally strange.

Korach was a scheming demagogue who led a rebellion that was the single most threatening challenge to Moses' leadership. Why invoke Korach at this time? The very name symbolizes all that can go wrong in Jewish life. There are many other wonderful psalms that could have been selected? Why Korach?

To answer this question we must journey back together to one of the most poignant scenes in Talmudic literature, when the ancient Greeks instituted a campaign of terror against the Jews.  It was then that the infamous Miriam, daughter of Bilgah, abandoned her faith. She went so far as to marry a ranking general of the invading Greek army and join in the desecration of the Temple.

For 2,000 years, no Torah scholar ever made a positive observation about this woman. But the Rebbe did. Why? And what does it teach us about the Psalm we sing right before sounding the shofar?

The answers will introduce us to the beautiful theme of this speech—the emergence of the Jewish soul in individuals who have buried it deeply due to anger, hatred, disillusionment, cultural pressure or other reasons—and why Rosh Hashanah is the perfect holiday to discuss this theme.

Fast forward to the Far East, 2010 in Kathmandu, where we will encounter a community of backpackers who are known to be atheists in Israel - and you know, an Israeli atheist makes an American atheist look like a chief rabbi – yet this stirring anecdote will show us how their Jewish souls emerge during the holidays.

Then on to another contemporary story, the moving account of a Holocaust survivor, her daughter, her granddaughter, and a Talit passed down through the generations. This anecdote reveals the amazing ability of the Jewish legacy to endure.

At this time of year, G-d offers us the perfect opportunity to uncover our souls. When we heed the call of the shofar, we rediscover our hidden strengths, individually, and as a nation. This speech will show us how.

Dedicated in the merit of Binyomin Zev ben Tziviya Hinda for a complete and speedy recovery.