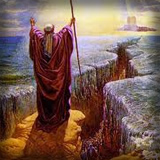 Spice up your Seder and sermons with new insights that will entertain as they inspire.

Below is a brief synopsis of Seder Gems – Second Night.

בְּהַסָבָּה
The Leaning Jew
Tonight is the only time of the year when it’s a mitzvah to lean. But Jews lean all year round — in fact I’ve never met a Jew who doesn’t lean. There are left-wing Jews and right-wing Jews and when you finally meet one who tells you, “I’m a centrist,” his next words are: “but I lean to the left”… Did you hear about the two-story building in Brooklyn? The upper level houses a Reform Temple. Downstairs, there is an Orthodox Minyan. The building is an architectural oddity: upstairs it leans left, downstairs it leans right…

A beautiful Midrash tells us that on the momentous occasion of the giving of the Ten Commandments….

מְסַפְּרִים בִּיצִיאַת מִצְרַיִם
A Trojan Horse at the Seder
The Haggadah recounts that sometime during the first century, five outstanding sages sat all night telling the story of Exodus. Since they were all deeply learned people, why were they telling each other stories? Why not pursue rabbinical scholarship, doing an in-depth exposition or analysis of the complex laws of Passover?

It was as if the Chief Justice of the United States and his Associate Justices gathered in one of the justice’s homes on the Fourth of July and stayed up all night telling stories about the American Revolution. It seems crazy, yet this is what the sages in Bnei Brak did. So why does our tradition place such emphasis on storytelling?

Over the last few decades, research in neuroscience, psychology, and evolutionary biology has shown…

In his autobiography, Elie Wiesel recounted the tale of a 1961 meeting between Golda Meir, then Israel’s Foreign Minister, and President Kennedy…

בְּמִצְרָיִם לְפַרְעֹה הָיִינוּ עֲבָדִים
Whom Do You Serve?
Passover is called “the season of our freedom.” But it hardly seems to fit that description, for while the Exodus freed us from Pharaoh, it committed us to a greater and more embracing servitude to G-d and His Commandments — and there are lots of them. Why is Passover the holiday of freedom? If anything, it should be called the season of our servitude!

In 1904, there was a war between Russia and Japan. Tragically, many young Jewish men were conscripted to serve in the Czar’s army to fight for Russia. As this was happening, a young man went to visit one of the great rabbis of the era…

אֶחָד חָכָם, וְאֶחָד רָשָׁע
How Many Apples in a Seed?
“Anyone can count the number of seeds in an apple,” said a wise farmer, “but no one can count the number of apples in a seed.” When you look at an apple seed, all you see is a black dot. It seems unremarkable, insignificant. Yet there are powerful forces inside that tiny seed. When you hold an apple seed in the palm of your hand, you are holding an apple tree, an apple orchard, endless orchards. There is that much potential in that little seed…

One of the twentieth century leading Rabbis, Joseph Soloveitchik related a fascinating story that he heard from a European dignitary, who had visited Anwar Sadat a few weeks before the Yom Kippur War…

חָמֵץ-מַצָּה
The Science of Chametz
Why is soft, delicious bread the symbol of ego? Because of how it is made. Bread is produced by the fermentation of wet flour by yeast enzymes. This reaction releases carbon dioxide gas that causes the dough to swell. The finished bread consists of over 60% empty space produced by a gas that does not sustain human life. Its great volume is an illusion. Chametz is therefore symbolic of our inflated, swollen egos…

The Chassidic master, Rabbi Bunim of Peshis'cha, took himself to task for what he felt was his character defect — vanity….

לֹא אֶת אֲבוֹתֵינוּ בִּלְבָד
Passover and Personal Renewal
…An idol is a static, non-living thing; it cannot change. G-d, on the contrary, is: “א֪ל חָי ” — “a living G-d”. Human beings, made in G-d’s image, are likewise alive, and thus able to change. The fundamental choice for human beings is between growth and stagnation. To be alive is to grow, to develop, to love and to forgive. To fail in this aim is to fossilize, to become an object, a molten image.

“Do not make any gods of molten metal for yourselves,” Moses pronounced. Meaning: Don’t turn yourself into a molten image. You are free to change….

וְקָרַע לָנוּ אֶת הַיָּם
Just How Sovereign is G-d?
Why is the splitting of the sea so pivotal in our prayers? And what exactly did the humblest of people see then that the great prophets did not?

The Greek philosophers believed that G-d is concerned with the universals — not the small, everyday occurrences of life. In other words, G-d is sovereign, but not sovereign over the day your son has a terrible time in school, or your daughter struggles with bad health, or you’re stuck in traffic and everything seems to be going wrong. G-d is sovereign, but not entirely sovereign…. At the splitting of the sea…

אֲפִיקוֹמָן
The Best Afikomen Gift for Your Child
In 1996, Garry Kasparov, the best chess player in the world and probably the best player who ever lived, sat down across a chessboard from an IBM computer called Deep Blue and lost.  Kasparov is so good that in his entire life he had never once lost a match — including against former world champions. He single-handedly took on entire national chess teams and won. How could a box capable of nothing more than calculation possibly beat a human with such a brilliant chess mind, a lifetime of experience, and unfathomable intuition?

…The best thing to spend on your children is your time. Play, learn, sing, daven, and do mitzvot with them. On nothing else will our time be better spent. The love we give them when they are young stays with them throughout their lives. So this year in addition to regular Afikomen gifts, give them the gift of time...