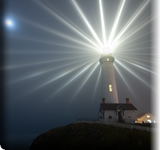 How Good Deeds Transform Your Character

The speech opens with a wonderful story called “The Happy Hypocrite” that beautifully expresses a fundamental Jewish principle: We become good people by repeatedly doing good acts, until they become part of our nature. Good deeds and mitzvot are eventually absorbed within and change us.

But not everyone agrees that people can change.  There is a tendency in contemporary culture, fed by many influences, to see character as a given, an immutable fact. I am what I am. Judaism thinks differently. We will look at the Talmud, Rambam, and a moving story about the Alter Rebbe which demonstrates that character is not immutable. Then we’ll move on to one of the 20th Century’s most striking examples of this, and learn how a person can indeed, always change their character.

The Jewish idea of how the heart can be reshaped, gives us deeper insight and appreciation into the Rebbe’s mivtza tzedakah, and the novel concept of putting pushkas into offices, kitchens, and even into our children’s bedrooms. We will look at an example of how the Rebbe lived this daily.

The speech concludes with an extraordinary, little known story in the Talmud that could be entitled, “The Holy Hypocrite.” It’s about a man who battled heroically against evil temptation and won. This tale demonstrates that even before we begin to transform our character, the battle itself is precious to G-d. And this brings us to the essential story of Chanukah.

Chanukah is a story of a little light pushing away an empire of darkness. And the triumph of light over darkness is not an old story.  It is found in every decision we make to do good in the face of evil, to be kind when we want to be selfish, and to elevate our character even when the struggle seems to be beyond our current abilities.

Chanukah is a timely reminder, that for a Jew, victory can be won every day of the year.