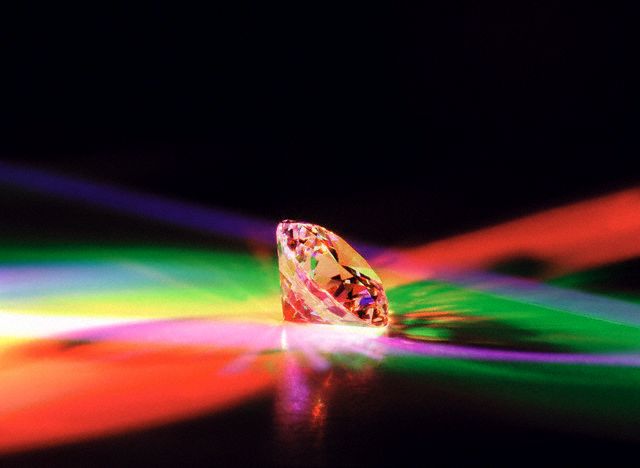 The fifth Rebbe of Lubavitch, Rabbi Sholom Dov Ber, was once talking with one of his prominent disciples, a successful diamond merchant named Reb Monia Mosenson. This individual expressed bewilderment that the Rebbe devoted an inordinate amount of time to simple folk who seemed rather unremarkable, ordinary.

“Rebbe, with all due respect,” Monia asked, “why do you spend so much time with the commoners? They’re nice people, but hardly worthy of the investment of this much of the Rebbe’s time and attention. I can’t imagine they’re asking any profound Talmudic questions or engaging in deep philosophical discussions.”

The Rebbe thought for a moment, then turned to Monia and asked, “Do you happen to have any of your merchandise with you?” Monia said, “As a matter a fact, I do” as he opened his pouch and spread some of his wares on the table. He selected a single gem and lifted it up for the Rebbe to see. “Look at that color and clarity. Perfection! A beauty, isn’t it?”

The Rebbe was not impressed. “Frankly, I don’t see it,” he said. “As a matter of fact, that one seems rather ordinary to me. I find this bigger and shinier one far more impressive.”

Somewhat disappointed, Monia smiled and said respectfully, “Rebbe, one has to be a ‘maven’, an expert, on a diamond in order to appreciate its true value.”

“Ah, quite correct, Monia” replied the Rebbe. “And one must also be a ‘maven’ on a soul, in order to appreciate its true value. What you see in those ‘ordinary’ folk is not quite the same as what I see”